In view of a rising world population and growing scarcities of key resources, e.g. arable land, fresh water and mineral fertilizer, global nutrition faces imminent challenges. Sufficient provision of high value protein for human consumption and animal feed is a central problem in this context. Currently, the dominant sources of animal protein, such as meat and dairy products, are among the main drivers of inefficient resources use and environmental degradation, e.g. eutrophication trough overuse of nitrogen and phosphorous or clearing of rain forests for soy production. In general, the food production faces two main challenges

These pivotal topics are addressed here. In this project, ZMT researchers investigate how marine resources can be best utilized in terms of food provisioning and which candidate species are potentially interesting for controlled breeding and grow-out in aquaculture systems. Within food4future, particular interest lies in the culture of jellyfish, or more precisely, medusa: the life stage, in which jellyfish drift through the water by pulsation of their umbrella.

Jellyfish are among the oldest animals on earth, and with many sub-species distributed across all oceans and even limnic water bodies. Unlike many other animals, jellyfish seem to be unimpressed by man-made environmental impacts. In contrast, most jellyfish seem to profit from current environmental changes, such as rising temperature, and anthropogenic effects like overfishing. Mass occurring events of jellyfish, with all their negative incidence, e.g. physical injuries through stinging and economic losses through the clogging of fisher nets and cooling systems, are reported more and more often. Looking at the current and future excess of jellyfishes, the question is how to best utilize and add value to this gelatinous biomass. One option could be to utilize jellyfish as food source. In Asia, jellyfish are traditionally consumed for centuries. With regards to crucial ingredients - protein, polyunsaturated fatty acids, minerals etc. - jellyfish are of similar nutritional value as seafood in general. Some species showed noticeably high concentrations of essential fatty acids and amino acids. In addition, jellyfish have generally low fat contents and often nutraceutical properties. Despite these promising facts, the consumption of jellyfish is to date limited to a small number of species and only occurring in Asia. Yet, considering the species diversity of jellyfish, it is safe to assume that the nutritional and health promoting potential of jellyfish, and with that its potential for human nutrition, is by far not exploited yet.

The controlled cultivation of jellyfish for human sustenance in specialized aquaculture systems is in its infancies. Hence, the first objective of ZMT within food4future is, to breed and grow different jellyfish in captivity. Thereby, the fast and efficient production of a protein rich biomass is prioritized. The controlled cultivation of photoactive jellyfish has a special status in this project. These animals host photosynthetic endosymbionts. With this symbiosis these jellyfish are able to produce animal protein with the support of sun light. The medusa of these exotic jellyfish are supposed to be cultivated with state-of -the-art LED-technology in urban environment, to enhance local and sustainable protein provisioning in the future. 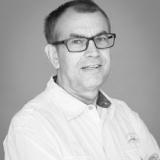 Dr. Andreas Kunzmann is an expert in ecophysiology (role of stress on metabolism & energy turnover), with direct application in aquaculture, where nutrition and energy budget play key roles. IMTA and bioremediation in tropical coastal environments are in focus. His WG Ecophysiology at ZMT has several IMTA projects in Africa and Asia. AK is member of the Leibniz-Research-Alliance Sustainable Food Production & Healthy Nutrition (LRA-FN) and has more than 30 years of work experience in tropical countries. 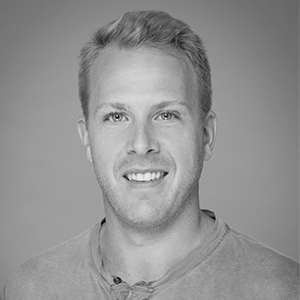 Kunzmann, A., Kühnhold H. Chapter „Food from the Sea“ in the 7th Edition of  World Ocean Reviews WOR 7 (2021) "The Ocean, Guarantor of Life – Sustainable Use, Effective Protection"​​
Download PDF